Trails Of
the Loop 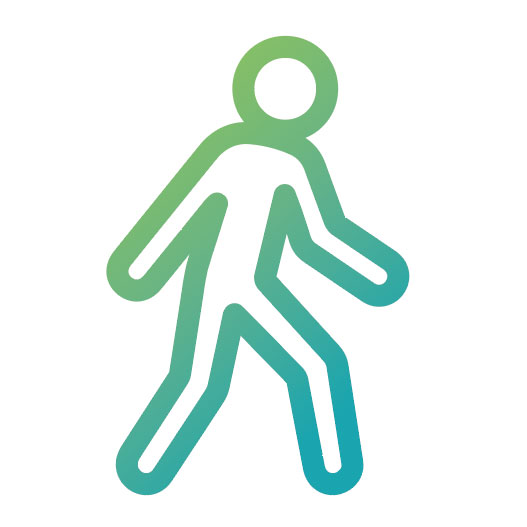 Creating a walkable, bikeable connection between neighborhoods and across the city 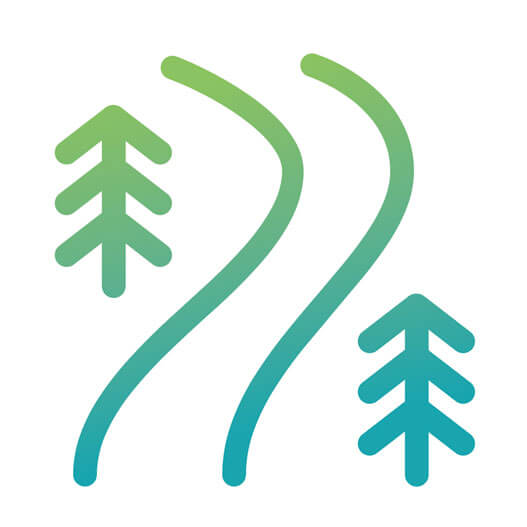 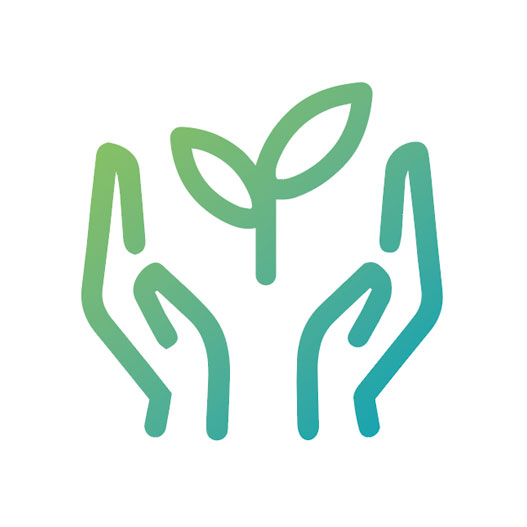 The LOOP is about connection. By joining 39 miles of existing trails in Dallas with 11 miles of newly built trails, The LOOP increases access to public transportation and green space ensuring Dallasites can access these resources across the city.

A catalyst for mobility and economic opportunity, The LOOP will make Dallas more vibrant and pedestrian-friendly, creating a sense of community across our city and making abundant green space part of our identity. By bringing connection to more neighborhoods and creating a stronger, more united Dallas, The LOOP’s urban trail system is the single most important investment Dallas can make for our residents for generations to come. 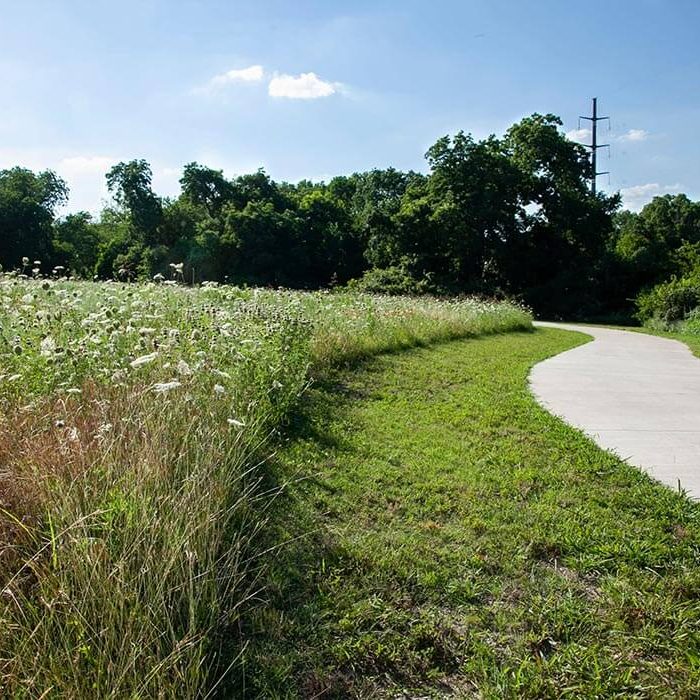 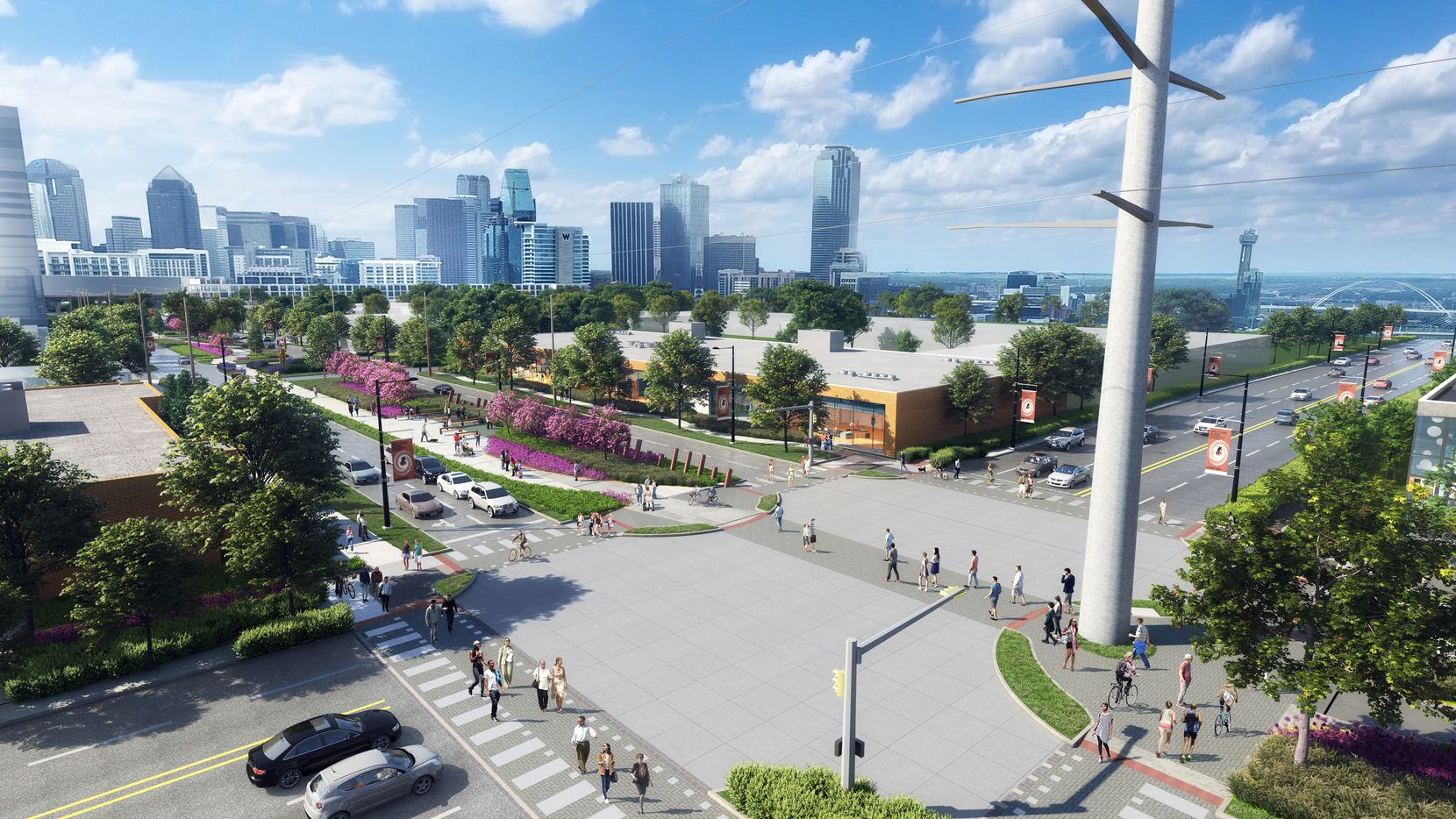 The Loop aims to connect 39 miles of existing trails with 11 miles of new trails. A complicated, one-mile connection…

The Loop aims to connect 39 miles of existing trails with 11 miles of new trails.

A complicated, one-mile connection extending downtown Dallas’ popular Katy Trail from east of Interstate 35E to the Trinity River side on the west is getting a big green light.

The $22.2 million project, known as the Hi Line Connector, would link Victory Park to the Design District and Trinity River, potentially opening property west of the major highway to new development.

A city of Dallas board in charge of providing enhanced public improvements this week recommended spending $11.6 million in tax increment financing to go along with more than $10 million in state and city funds and private donations to get the project moving.

It now goes before Dallas City Council’s economic development committee and full council for approvals. That’s expected to occur in the next 30 days.

The Katy Trail connection to the Trinity Strand Trail is part of a 10-year project called The Loop, which started in 2016 with a mission to link 39 miles of existing trails with 11 miles of new trails to create a complete 50-mile circle. A lack of green space is one reason Dallas famously lost out on becoming home to Amazon’s second headquarters.

The connection is complex because it must bypass I-35E and an active DART/TRE rail line.

“The reason most trails are only three to four miles in Dallas is that they reach an endpoint because it’s incredibly difficult to cross boundaries of railroad tracks, highways, roads and powerlines,” said CTC chairman Jeff Ellerman. 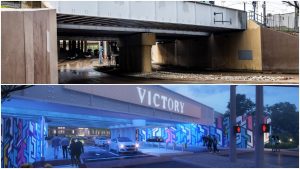 Ellerman said the conservancy is “very confident” the project will win council approval because it connects communities in downtown Dallas to each other, as well as to green space and public transportation.

“It checks all the boxes,” he said.

Mayor Eric Johnson, who wasn’t available Friday for comment, also is “very supportive” of The Loop because it will add vibrancy to city neighborhoods, said spokesman Tristan Hallman in an email.

Once approved, construction on the Hi Line Connector would start later this year and take about two years to complete, Ellerman said. 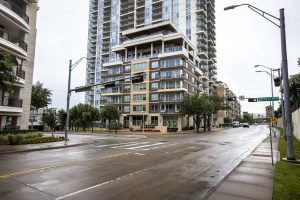 The yet-to-be-built trail would bring together two areas of the city already seeing considerable development. In the Design District, for example, a 16-story Virgin Hotel opened in January 2020. In Victory Park, Dallas developer Hillwood Urban is nearing completion of its 15-story, 365,000-square-foot Victory Commons One building.

“There’s no question real estate values will increase around the trail,” Ellerman said.

Dallas parks are estimated to return $678 million to the local economy, with more than half coming from new real estate development and increased property values in neighborhoods, according to a 2016 study by HR&A Advisors. That amounts to a $7 return on every $1 spent on parks. It’s even higher for trails — $50 for every $1.

The connection will start at the Katy Trail and N. Houston St. on the east side of I-35E. The original plan was to build a bridge over the busy highway. This version goes underneath but raises the underpass so that pedestrians and cyclists feel safe and separate from traffic.

“It’s a mess currently. It’s not pleasant. No one likes going underneath a highway,” Hiatt Haigh said. “But we want to fix it up so people feel comfortable and enjoy it.”

That’s why the trail portion that runs underneath the highway will cost $1.5 million. It will include lighting and art installations.

Once pedestrians reach the other side, the trail will turn into a more traditional 12-foot wide concrete trail that will go through the Design District and connect to the Trinity Strand Trail on the West. 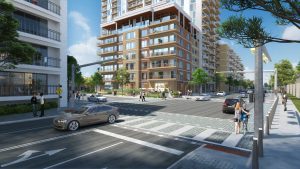 The Loop started with former Mayor Mike Rawlings after a 230-mile master trail plan was passed in 2008. Without a private-sector advocate, the plan would cost the city hundreds of millions of dollars and take decades to finish. That’s when CTC stepped in.

“It’s the gold standard for public spaces,” he said. “We’re trying to take some of those best practices and implement those into Dallas.”

While a 50-mile loop sounds daunting, starting with 39 miles of already-built trails is a game-changer, Ellerman said.

“Most of the trails are already built and we have all the funds now basically to do this. We have all the architectural drawings and all the engineering in place,” he said. “Now we just have to connect the trails. It will be a legacy asset to Dallas.” 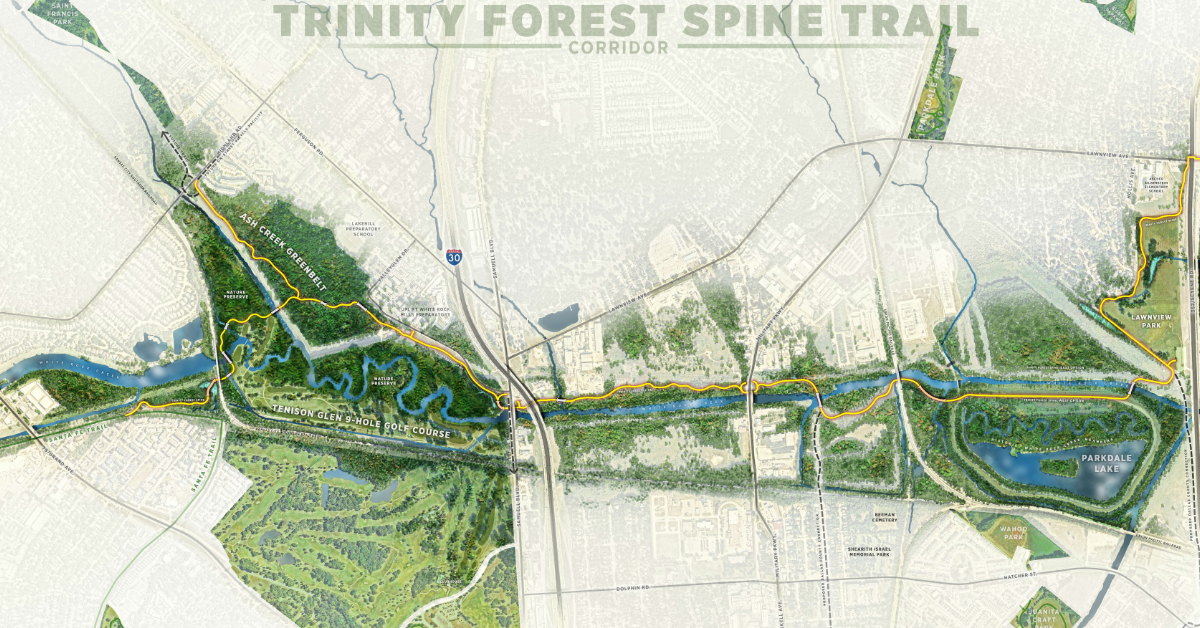 The LOOP has finalized the design for the Trinity Forest Spine Trail North Corridor. To view the full alignment, click…

The LOOP has finalized the design for the Trinity Forest Spine Trail North Corridor. To view the full alignment, click here. 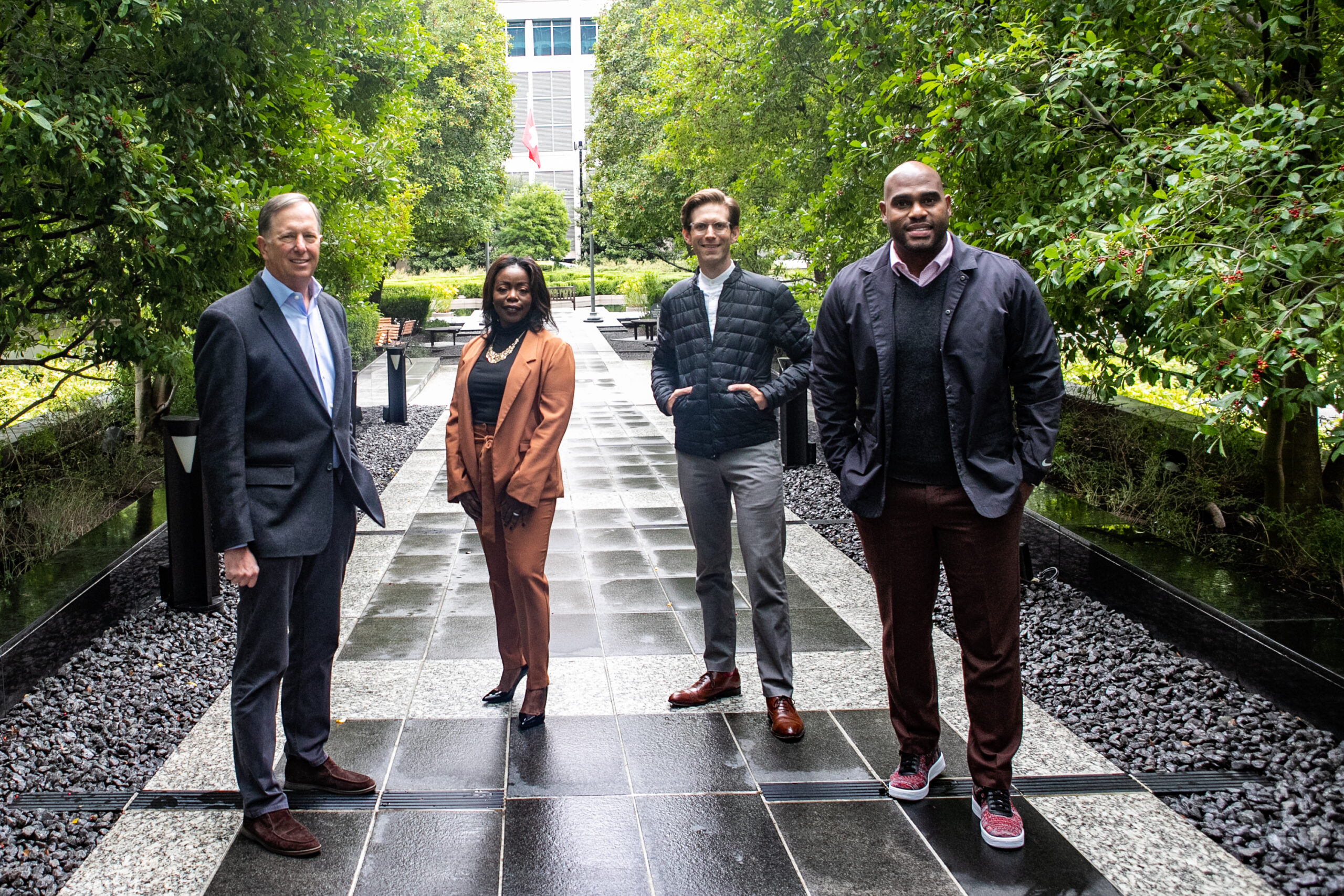 The Circuit Trail Conservancy (CTC) has been hard at work preparing for it 2021 groundbreaking of The Loop, Dallas’ first…

The Circuit Trail Conservancy (CTC) has been hard at work preparing for it 2021 groundbreaking of The Loop, Dallas’ first city-wide continuous trail. To add “a depth of knowledge, leadership and experience, paired with roots in and passion for the southern portion of Dallas,” two new board members have been announced.

According to Jeff, “From their professional experiences in Dallas to their personal passion for investing in southern Dallas, Terrence and Vana will elevate our board’s efforts to unite Dallas for generations to come. We are grateful to have their expertise as we near the groundbreaking of the iconic Trinity Forest Spine Trail.” 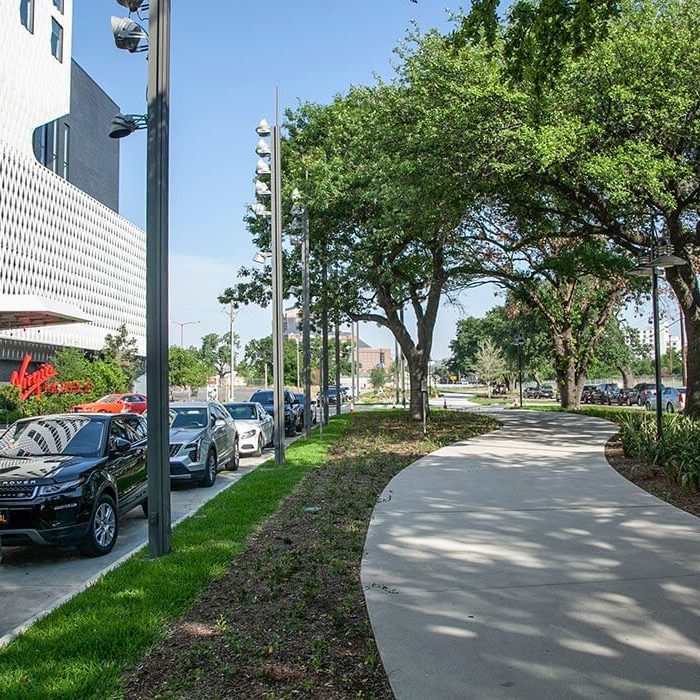 The Circuit Trail Conservancy (CTC) is the 501(c)(3) partnering with the City of Dallas to build The LOOP. Following unanimous approval from the Dallas City Council in 2018, the CTC and the City’s partnership was established to create a comprehensive, alternative transportation solution funded by a combination of public and generously donated private dollars. By strategically building new trails linked to existing ones, the CTC is leading the formation of a walkable circuit in the heart of urban Dallas.

Prior to joining the CTC, Philip worked for elected officials at every level of government and
prides himself on addressing issues from a pro-people, pro-growth perspective.

He lives in Oak Cliff with his wife and their bicycles.

JEFF ELLERMAN | BOARD OF DIRECTORS, CHAIR

PHILIP HENDERSON | BOARD OF DIRECTORS, PRESIDENT

RICK PERDUE | BOARD OF DIRECTORS, TREASURER

LARRY DALE | BOARD OF DIRECTORS

TERRENCE MAIDEN | BOARD OF DIRECTORS

LINDA OWEN | BOARD OF DIRECTORS

VANA HAMMOND PARHAM | BOARD OF DIRECTORS

MIKE TERRY | BOARD OF DIRECTORS

Halff Associates is a unique regional consulting firm that has provided full-service engineering, architecture, and related services for decades.

Why is The LOOP being built?

Dallas already has a number of incredible trails. However, these trails are not easily or safely accessible for many residents.

Over a decade ago, the City of Dallas adopted a city-wide master trail plan to link community neighborhoods to transportation hubs and economic centers. The LOOP is a comprehensive effort realizing that vision, aligning public and private funds to advance city-wide interests. These connections will provide a reliable, safe transportation option for residents to access the social and economic opportunities Dallas has to offer.

How will The LOOP improve our city for current and future residents?

Currently, many Dallas neighborhoods and regions are not benefiting from the economic growth and investment experienced by others. By increasing the number of trails and setting the quality standard of future trails in Dallas, The LOOP will bridge geographic barriers that have isolated neighborhoods from transportation hubs. It will provide a walkable and bikeable solution to connect people and resources in all corners of our city via abundant green space that is easy and enjoyable to use.

Why is Dallas the right place for this type of project?

Dallas is an entrepreneurial city where the private and philanthropic sectors partner with our civic leaders to deliver meaningful projects that improve our quality of life. As our region continues to grow, The LOOP will help ensure all Dallasites are able to access more of the economic opportunities and amenities our city has to offer for generations to come.

Additionally, The LOOP is a widely supported project that has a strong backing from Dallas voters, “Friends Groups,” civic leaders and elected officials who have made this project a priority for our city. Community support has been the cornerstone of some of Dallas’ most beloved and successful developments, and the widespread support and advocacy for The LOOP is another example of residents coming together from across our city to create meaningful connections and new opportunities. Our project and other similar works in the community serve as a testament to the strength of a more unified Dallas and of what can be accomplished by working together.

The CTC is leveraging 39 existing miles of the best-known trails in Dallas and connecting them with 11 miles of new trails to create a 50-mile uninterrupted trail loop. While The LOOP does not connect every resident, the CTC is working with other projects and partners to increase the number of trails and access points.

When will The LOOP be built?

Construction on the Hi Line Connector and the North Phase of the Trinity Forest Spine Trail will begin by April 2021, and all four new trails in The LOOP will be under construction by 2022. Each trail segment is estimated to take between 12 – 24 months to complete, but as with any construction project, completion is dependent upon weather and other external conditions.

Who is paying for the development of The LOOP’s trails?

In 2008, the City of Dallas passed a 230-mile master trail plan. However, without a private sector advocate, the project would have cost the City hundreds of millions of dollars and taken decades to complete. By working with public and private stakeholders, the CTC is taking a holistic approach to raise funds to build The LOOP. To date, $43 million in funding has been secured to build The LOOP, including: $10 million raised by the CTC from private donors, $20 million allocated in the 2017 Dallas Bond Package, $8 million allocated to the Hi Line Connector by TxDOT and $5 million allocated to the Trinity Forest Spine Trail by Dallas County Commissioner Theresa Daniel.

Help bring connection to Dallas by donating to The LOOP.

STAY IN THE LOOP

Hear about updates and milestones as The LOOP comes to life and learn more about our Friends community groups.